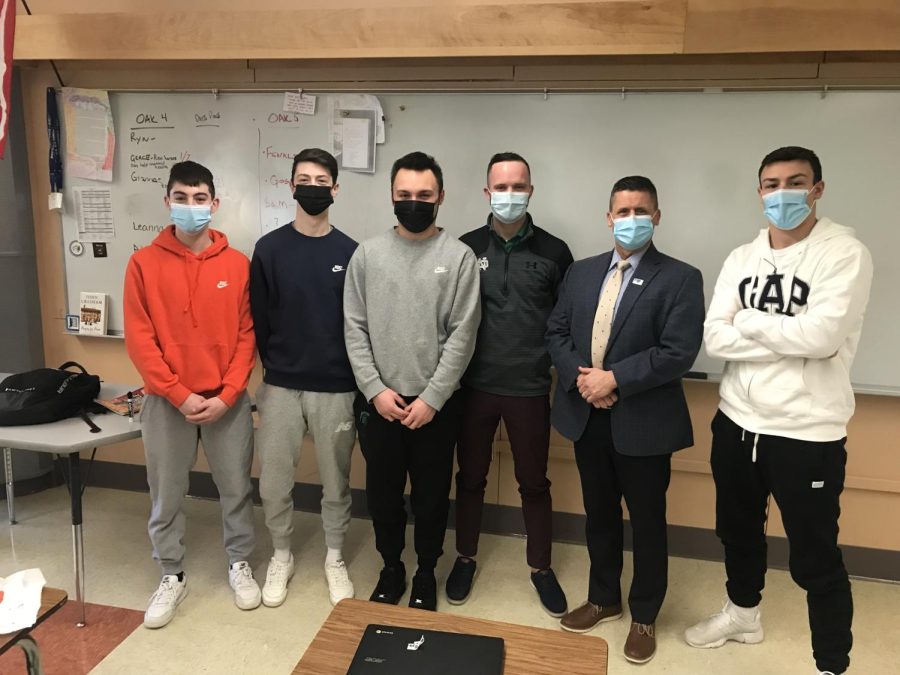 On Friday, BIG10 Football official Dan Richard visited Mr. Nevard’s Senior Sports Lit Class.  He spoke of his side career of officiating and the adventure it has been. He shared the specifics of his duties and the importance of integrity at every level of the football game.  He shared the dedication, time, and attention to detail the job entails.  His interactive presentation quizzed the students on film of his calls during recent nationally televised, high stakes games. One in particular matching Penn St @ Ohio State. Richard had to make several very important and difficult calls.  Pictured above are (left to right) Sam Blackwell, Jake Pelkey, Conner Rollo, Owen Napalatano, Dan Richard, and Ryan Mckennna. Owen Napalatano a first year Oakmont teacher and is climbing the ranks as a college official. He is being mentored and inspired by Dan Richard.